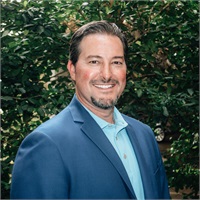 After graduating from Southwestern Oklahoma State University as a four year varsity letterman in Tennis in 1995, Shawn started his career in the life insurance business with Modern Woodman. Four years later, he moved to New York Life where he progressed into Sales Management, taking him to various locations throughout Texas and New Mexico, developing and recruiting his way to a role as General Agent. He found a home with Guardian in Fort Worth, Texas in 2011.

Shawn is deeply involved in his community and gives back on various levels. He encourages all members of his firm to volunteer and create more value than they consume on a daily basis.

In 2011 he helped develop Frogs Helping Frogs at Texas Christian University, a mentoring program for Student Athletes which pairs them with community leaders so that they can learn about occupations available to them outside and after sports. Similar programs have also been implemented at Texas Tech University and University of New Mexico.

He served on the board of The Center of Parenting in Fort Worth, which provides resources to lower income families, helping them develop and maintain healthy lives. Shawn has also established two chapters of Women in Financial Services in Amarillo, Fort Worth, and Albuquerque, New Mexico. His passion lies in education, gender equality, development, and transformation of the financial industry as a whole.

Shawn and his wife, Tiffini, of 25 years have three beautiful children, Noah (15), Cross (12) and daughter Alex (8). When not in the office you can find him spending every second with his family and coaching all of his children's athletics.